St. Joseph has two feast days on the liturgical calendar. The first is March 19—Joseph, the Husband of Mary. The second is May 1—Joseph, the Worker.

On Wednesday, March 7th, 2018, I began a Novena to St. Joseph (9 days of asking for Prayer for a specific situation). This was the evening of putting our house on the Market. By God’s grace, our house was under contract in 3 days, with a closing date of May 1st.

We then found a home in Brandon Hall that we loved, but found out that it had gone under contract. A day or two later, we were notified that the buyers finances fell through and the house was back on the market. It seemed like an act of God that this was the house for us, and we quickly got under contract at $520k.

However, in a strange turn of events, the sellers agent forgot to get the signature for termination of contract from the previous buyer. Therefore, he was technically still under contract, so we were placed on hold while the sellers agent was to obtain the termination signature from the buyer. He was confident that it would not take long, maybe a day or two. But a day or two turned into a week, as the buyer scrambled frantically to use all of his financial contingency period to acquire financing against all odds before March 14th.

During this time we continued to look at other homes. Soon afterwards, we ended up, close to, or in contract with, 3 different homes. One in Brandon Hall. One in Ashebrooke, and one in 3 Chimneys.

On Wednesday, March 14th, we received the news that our favorite house in Brandon Hall was no longer an option. The buyer miraculously obtained the funding he needed to buy the house. We were very disappointed at the loss, but did our best to remain hopeful.

We decided to put an offer in on the 3 Chimneys house which was listed at $549k. We really liked that subdivisions amenities and location, even though the house was located in the newer section across the main road from the amenities section. There were a couple of things we weren’t 100% pleased with, but felt that it was reasonable to accept. The Kitchen wasn’t quite as open to the living room as we’d been searching for, and the back yard was not quite the paradise (though both were pretty small) that the Brandon Hall house was. But it had a very nice finished basement with a bar, unlike the unfinished basement at Brandon Hall. By Wednesday night, Elena had talked to some people and felt very good about moving to 3 Chimneys, and we agreed to move forward with that house.

On Thursday morning, March 15th, I laid in bed thinking about our decision, and could not escape a sense of angst about settling on the 3 Chimneys house.  I dropped the kids off at St. John Bosco and parked at St. Brendan’s directly in front of the pond in view of the statue of Mary and prayed. It was the 9th day since I began the Novena to St. Joseph, but had failed miserably to keep up with. Despite this, I still offered up daily moments of prayer, asking the Saints, especially Joseph and Mary to pray for us, constantly seeking God’s will to be done through Christ our Lord.

As I sat at St. Brendan’s I prayed for wisdom. This directed my thoughts toward a desire to live in 3 chimneys and prompted me to go drive by the3 Chimneys house which in turn led me to drive around looking for any other homes for sale on the amenities side of 3 Chimneys. I liked our choice for the most part, but something urged me to take one last look around, knowing that I was still having a sense of uncertainty. I tried to reason that it was simply akin to wedding day jitters.

I called up my cousin as I sat in the cul-de-sac just down from the house in 3 Chimneys, and I told him about my jitters. He urged me to reconsider as he pointed out my uncertainty as a sign of this not being the right house for us. The very fact that I was sharing these internal struggles with him was evidence that I was forcing the decision. But I wasn’t sure if we would really find a better home than this, especially in 3 Chimneys. And it seemed almost providential that this was the very first house that we looked at in our house hunting search. But I decided to make sure we’d done all we could, and wanted to drive around 3 Chimneys one last time.

After noticing a couple of homes in the $300’s on Zillow, I decided to call our realtor, Amy, and see if we could look at these, as well as a “For Sale by owner” home that at first glance appeared to be overpriced. She was able to get all 3 appointments setup that morning and we saw the 2 lower priced ones first. Neither had any potential for us so we headed over to the “overpriced” home.

There was no sign in the yard and the owners met us at the front door with their dogs, not a good start. But, we proceeded in and suddenly found the home we’d been looking for. Gorgeous kitchen, open living space, nice yard, two decks, finished basement, upgrades galore. All at a price lower than the3 Chimneys house we had just put an offer in on. Plus this was on the amenities side of 3 Chimneys. Jackpot!

We located and submitted our offer on the 9th day from the start of my Novena (9 day devotion) asking St Joseph to intercede through prayer on our behalf.

When Elena got back into town, we drove over to view the house together. Two houses before ours, I noticed the same Statue of Mary in front of a house, which was not only in front of me at St. Brendan’s but is also the same image around my neck on the Miraculous Medal. Truly, Jesus, Mary, and Joseph were watching out for us!

That could have been the end of an amazing story, but the most incredible thing was yet to be discovered. The amazing thing about all of this is that we will be closing on both houses on May 1st which just happens to be the Feast of St. Joseph the Worker! 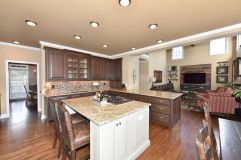 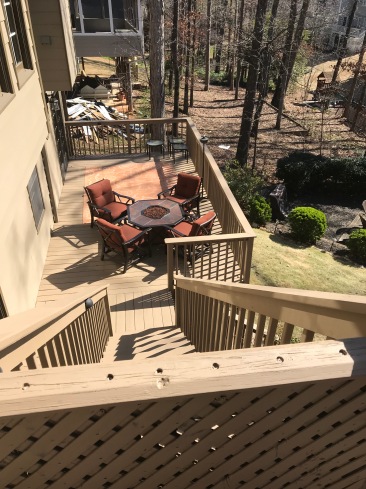 God has truly blessed us, and we look forward to our new life at 3 Chimneys. All honor and glory belongs to him.

All you Saints in Heaven, pray for us!

On March 19th, the Feast of St. Joseph-Husband of Mary, we finalized an agreement with our buyers on all inspection items, and they have scheduled the appraisal.

One thought on “A House Hunting Story”

Sex Abuse and the Church

3 Reasons to Know Your Faith

Aren’t All Churches the Same?

Handmaid of the Lord

Did Jesus Have Brothers?

The Life of Pope Francis